The Story So Far…

Wow, yeah, it’s been a while. A lot has happened since my last post, and even the last few weren’t really blog posts, so much as portfolio updates. As of the last update, I’d JUST started getting deep into mini sculpting and painting. Here’s a fangslime from around then.

Now, I’ve been busting my ass for a couple of years on SGS and I’ve still been grinding away at my “day job” in app development. Because of the pandemic, a bit of a lull in our local and remote games, and my weariness with work, roughly at my last post 8 months ago, I started doing mini painting in my easy chair in the evenings to relax. Which has largely been absolutely fantastic.

Here’s roughly where I was at at that time in terms of skill. Taken October 2021. 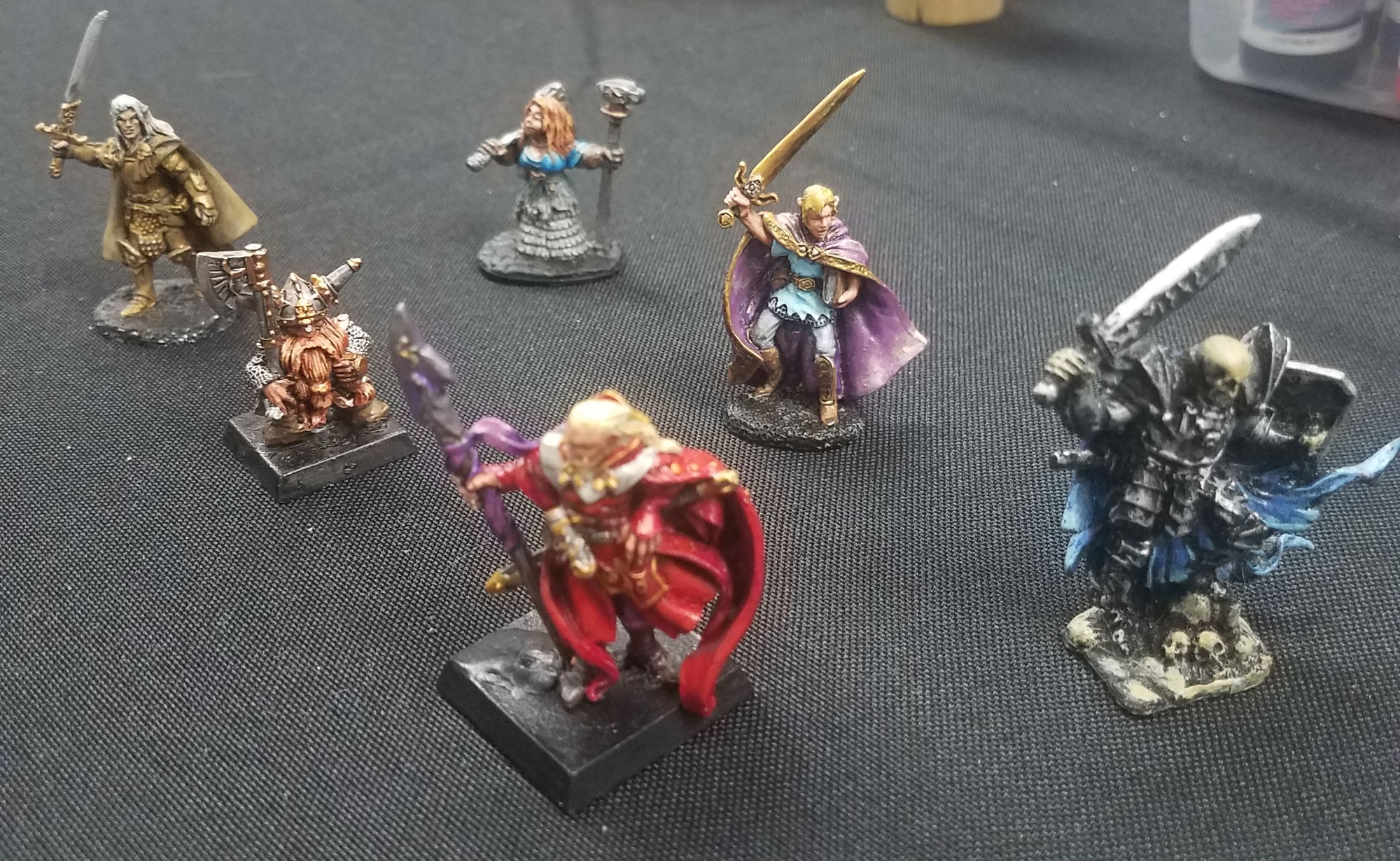 At that time, I wasn’t huge on blending, not great on contrast, and relied on a lot of pretty rough and ready techniques like bad drybrushing and whole-dip washes. Not that these minis are bad to look at, they’re certainly better than the old 3.5e D&D WOTC plastic minis I have.

Around about that time2 I built a 2foot by 2 foot by 4 foot high painting caddy / workstation thing that I could roll around the living room and keep next to my chair. 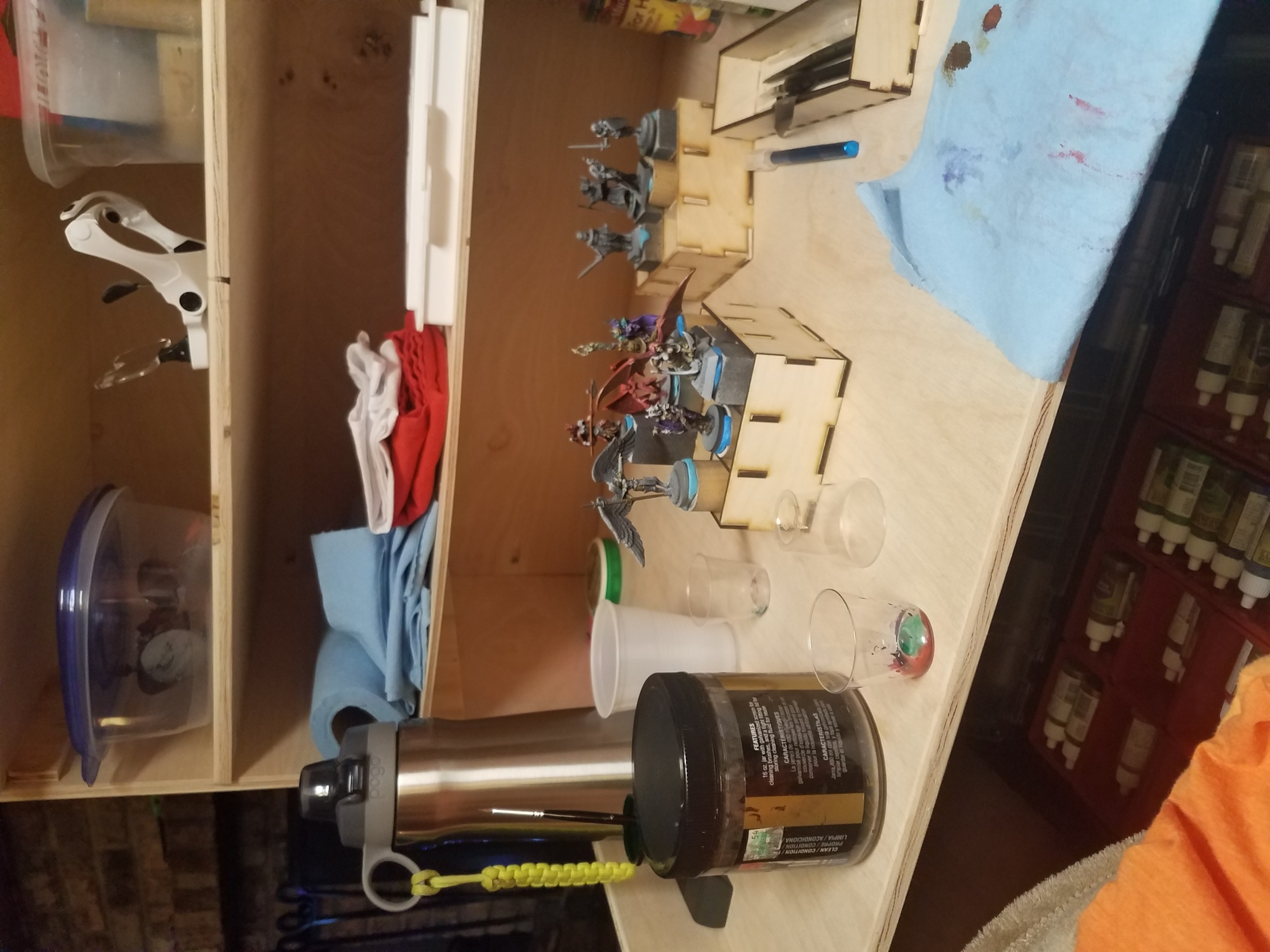 That did wonders for my ability to keep things tidy and organized3. It also gave me the ability to “save” projects. In addition to some laser-cut boxes I made and some simple dowel painting handles, I can now set things aside, gather the paints I need, and keep my work state in “memory” between painting sessions. With my new wet pallete from Red Grass Games, I can pick up and put down my painting almost as fast as I can clean the brush and set it down. 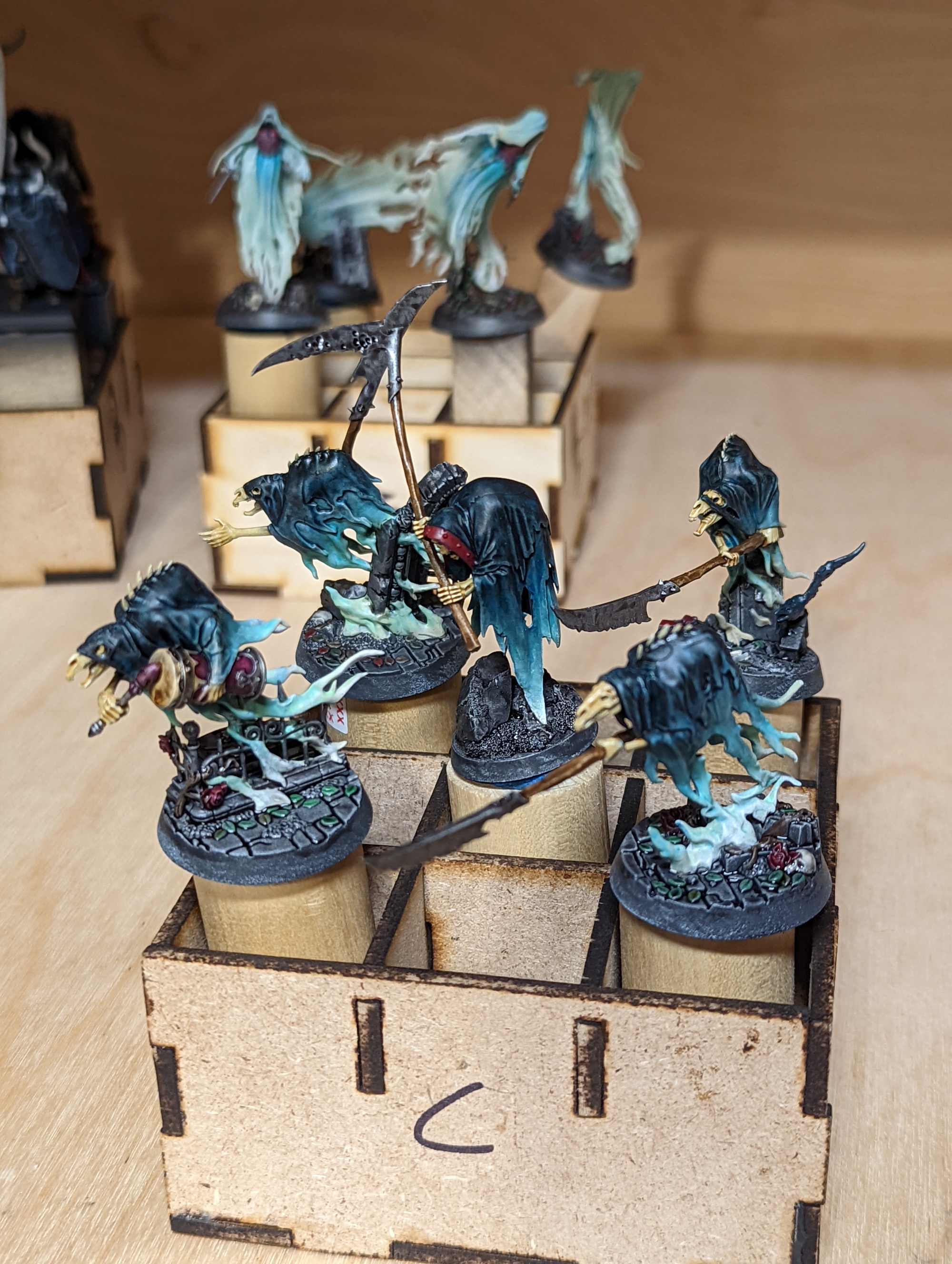 Now I’m often painting between our afternoon walk and dinner, if I’m not helping prepare it, and after dinner while we watch some TV, as long as it’s not too engaging4.

–holy shit. I just remembered we’ve got all the Gloomhaven minis I could paint too. Whoa. Sorry, continue.

–which is a blast, but requires a lot of new minis, as well as several new #TTRPGs, where I need to paint PCs, NPCs, and Monsters.

So over the winter and up until now, I’ve been bingeing Youtube mini painters, buying ever more paints and bushes, and slowly working my way through a big fat backlog of primed minis. So far, my major projects were:

So like, that’s a lot, right? I should probably have written blog posts about each project as I went, but hindsight7 and all that. Most of this stuff has been posted to my instagram so you can check a lot of them out there if you go back in time enough, but here are some highlights8. 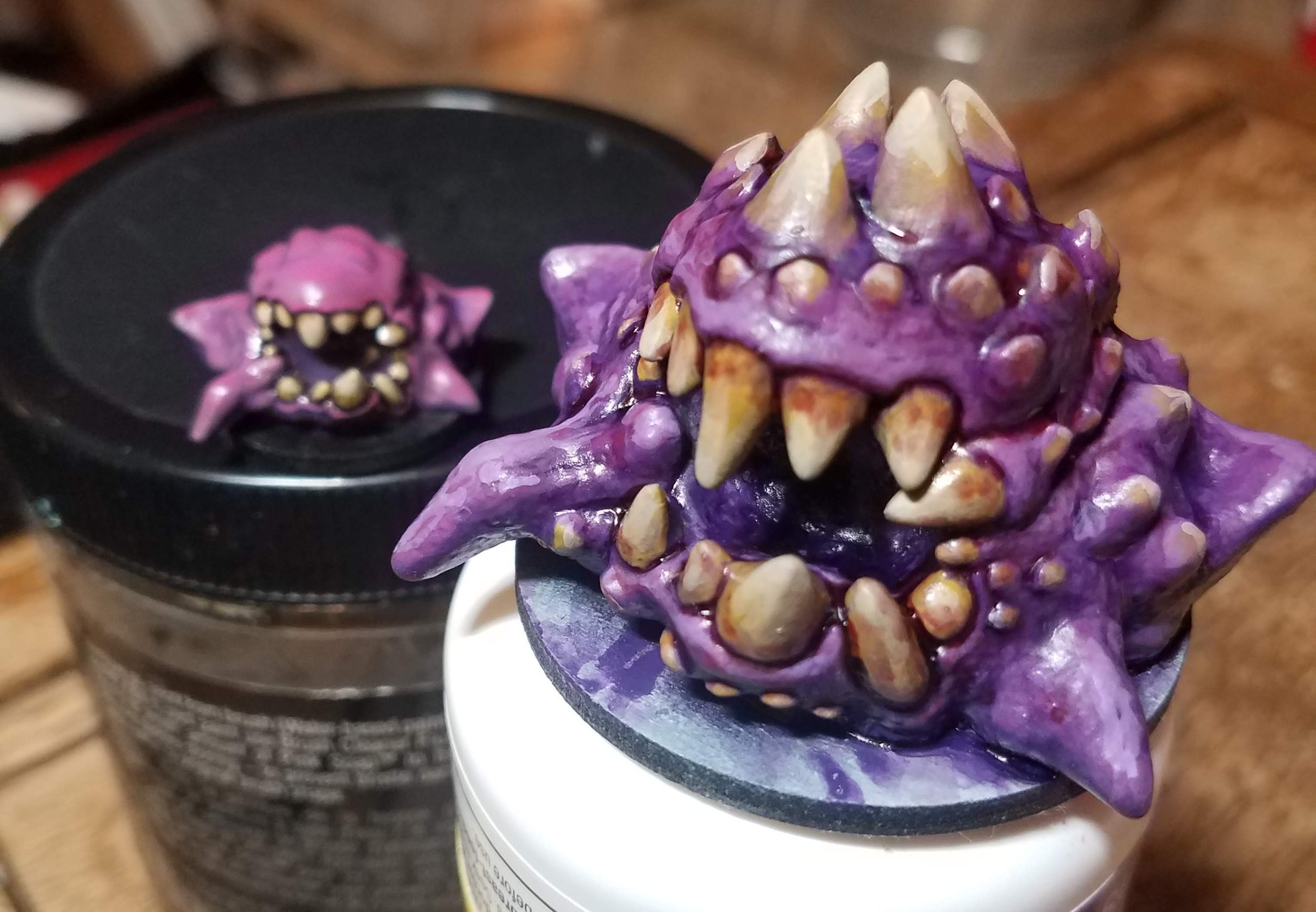 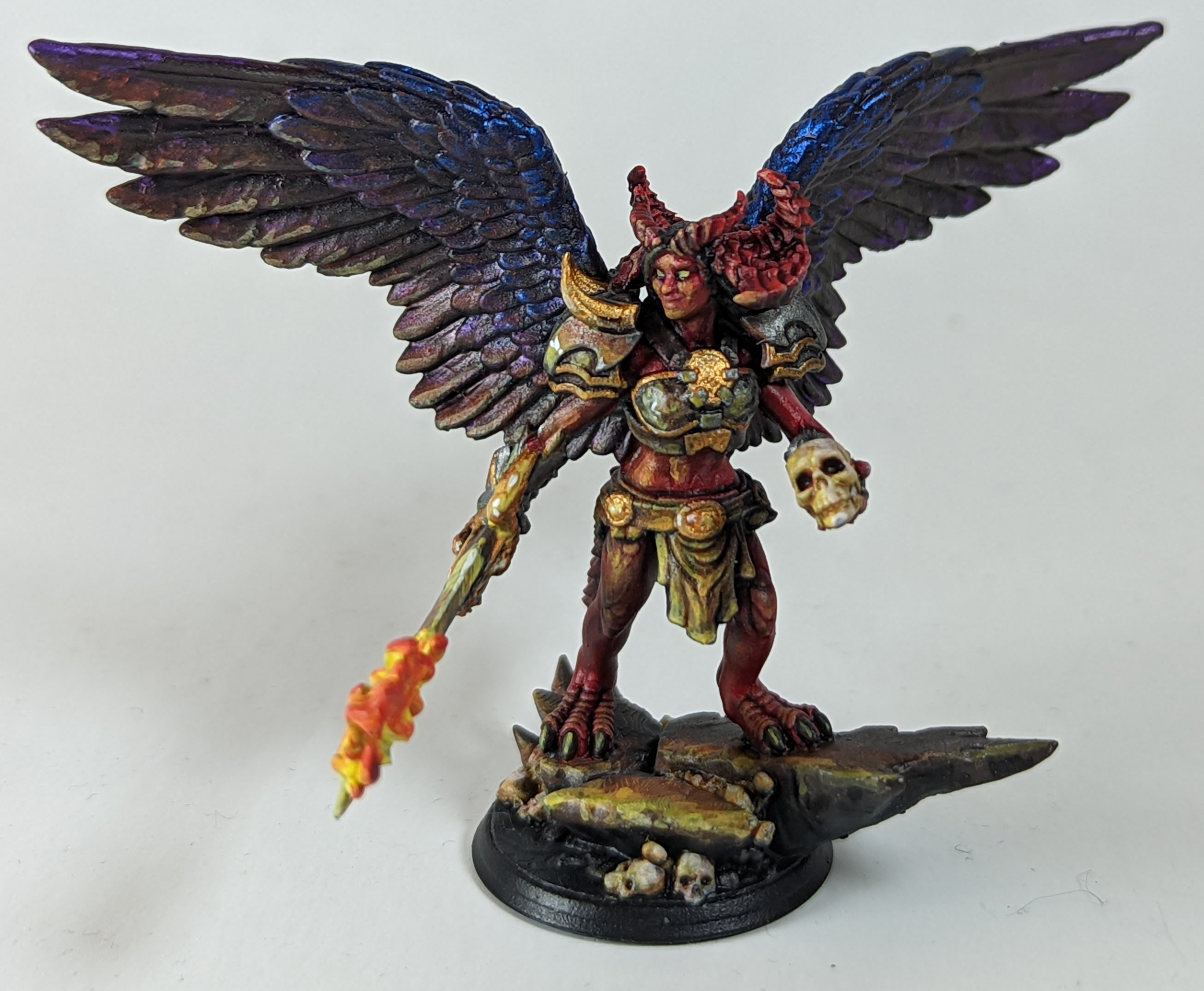 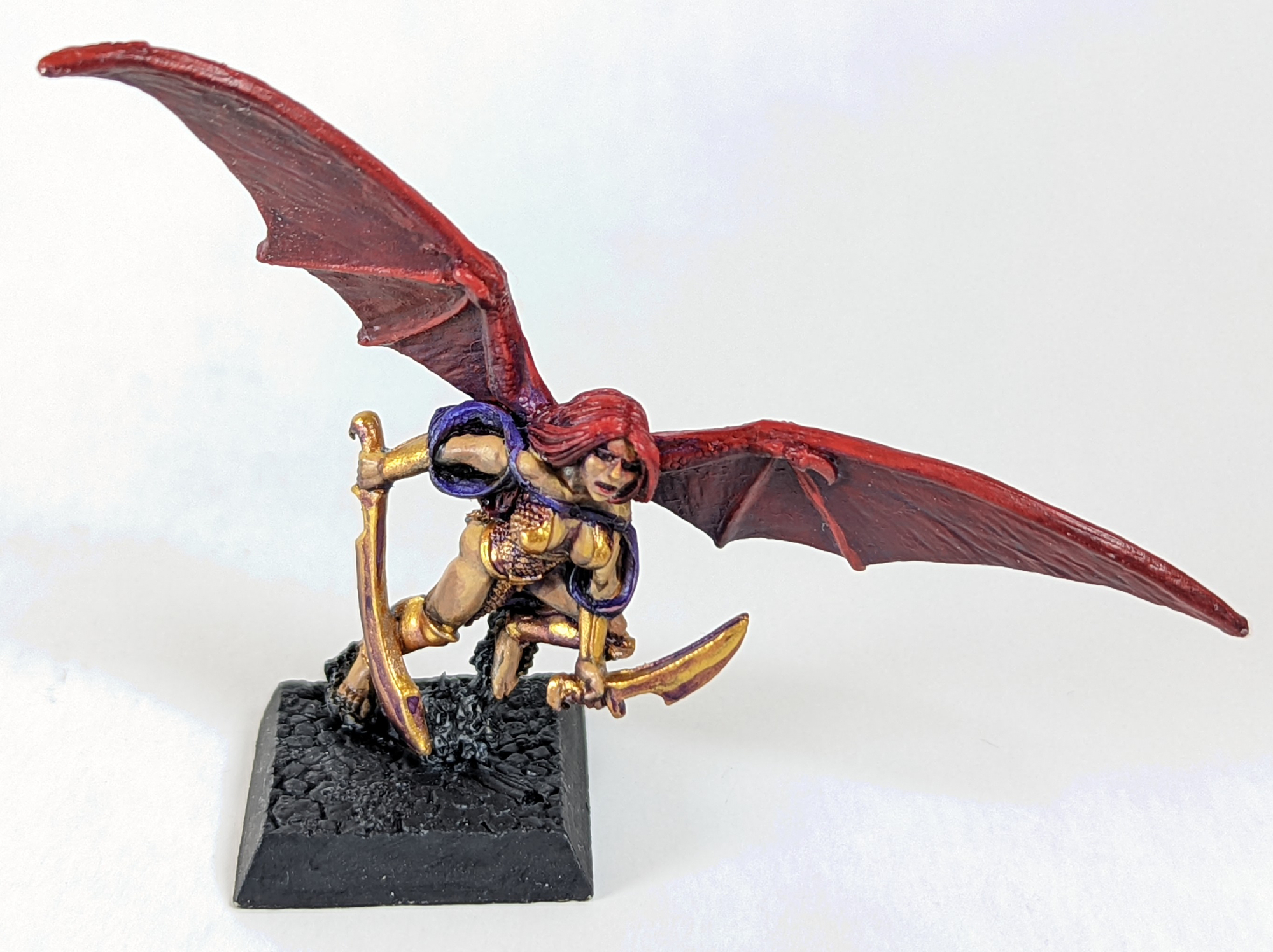 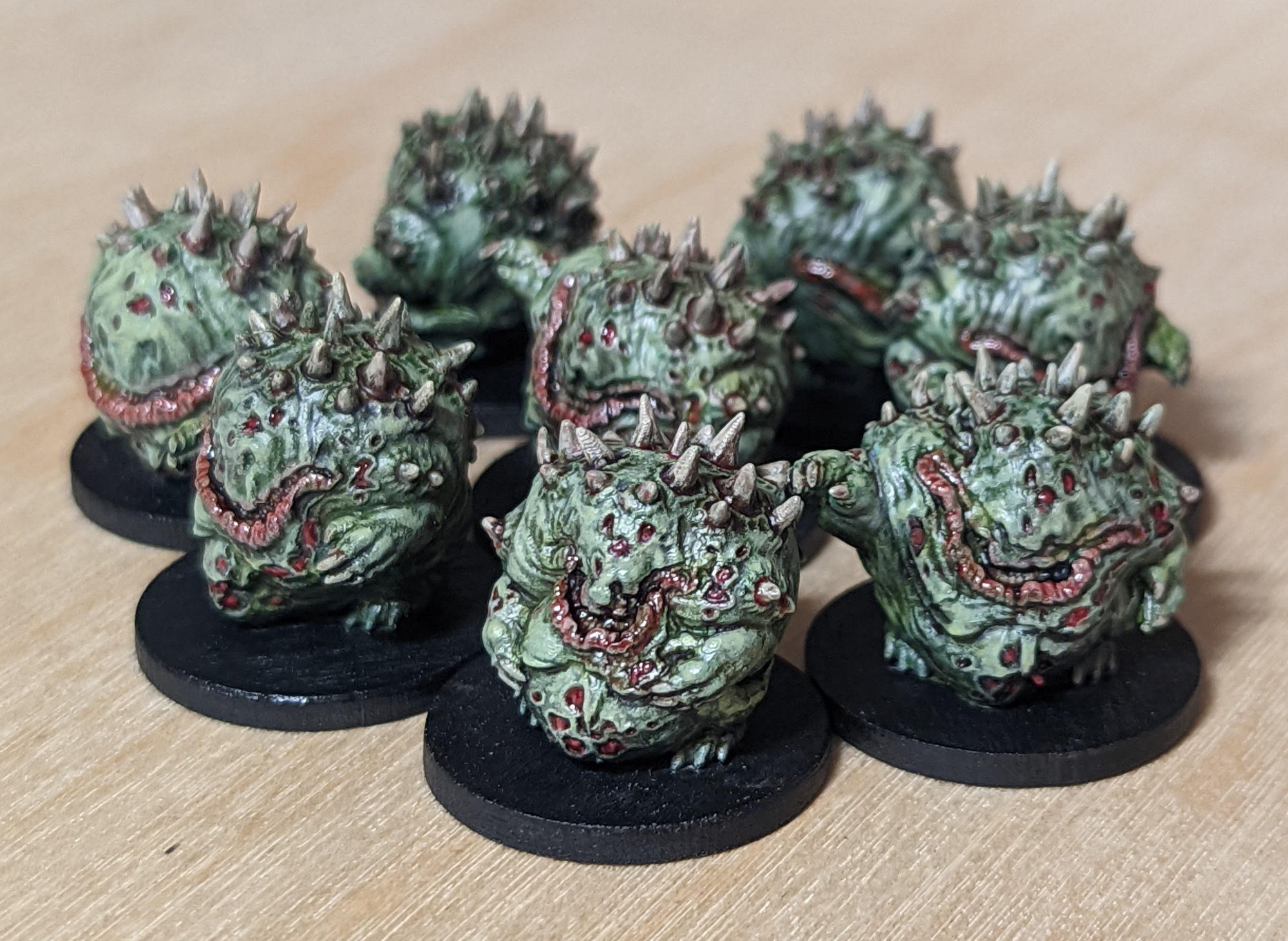 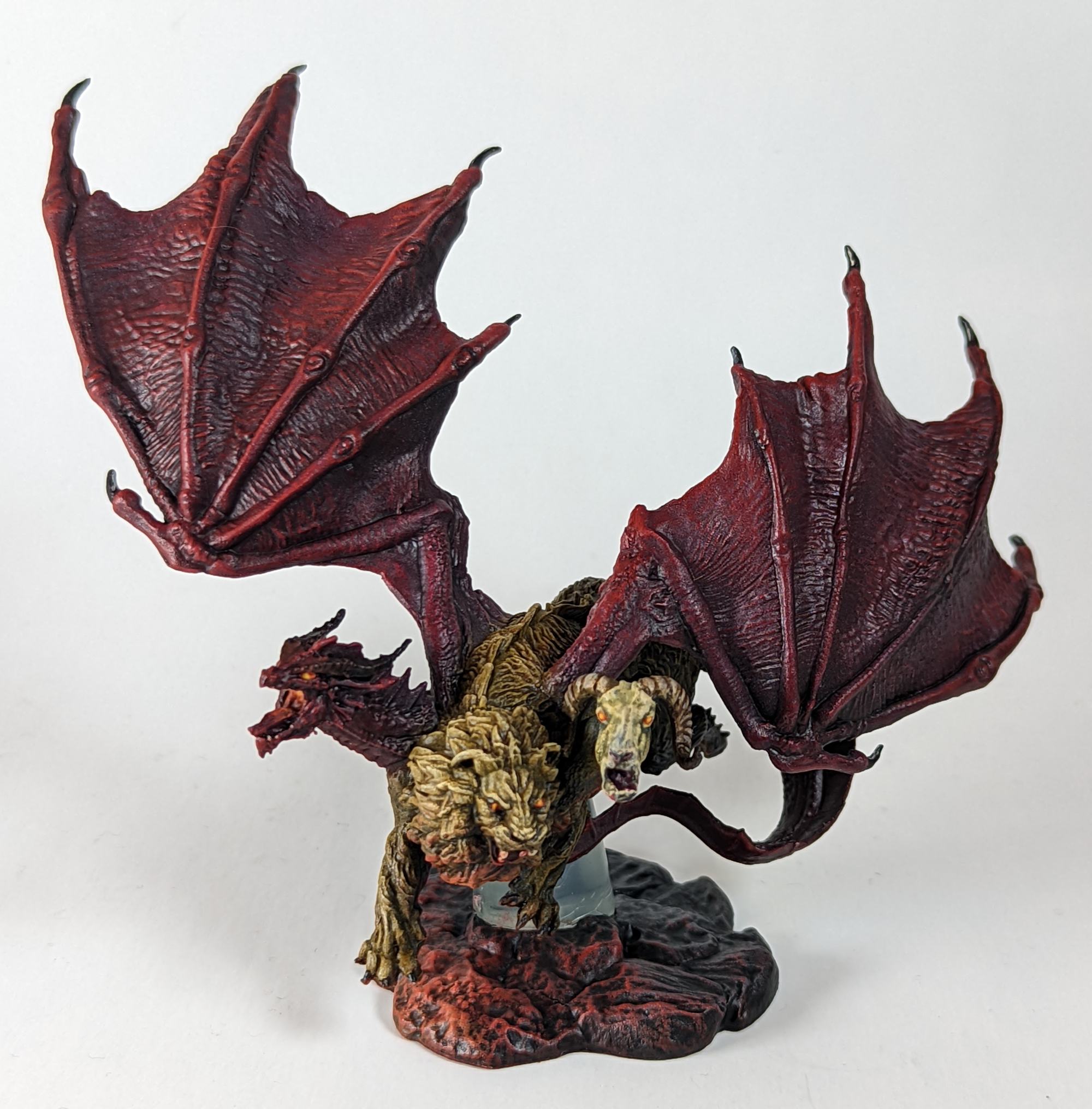 A Word on my Mini Sources

I’ve painted minis from a lot of different sources now. Here are some thoughts.

A Rundown of Techniques

I mean, it was like 8 months, a lot of other shit went down.

I made a bunch of terrain over this period too. 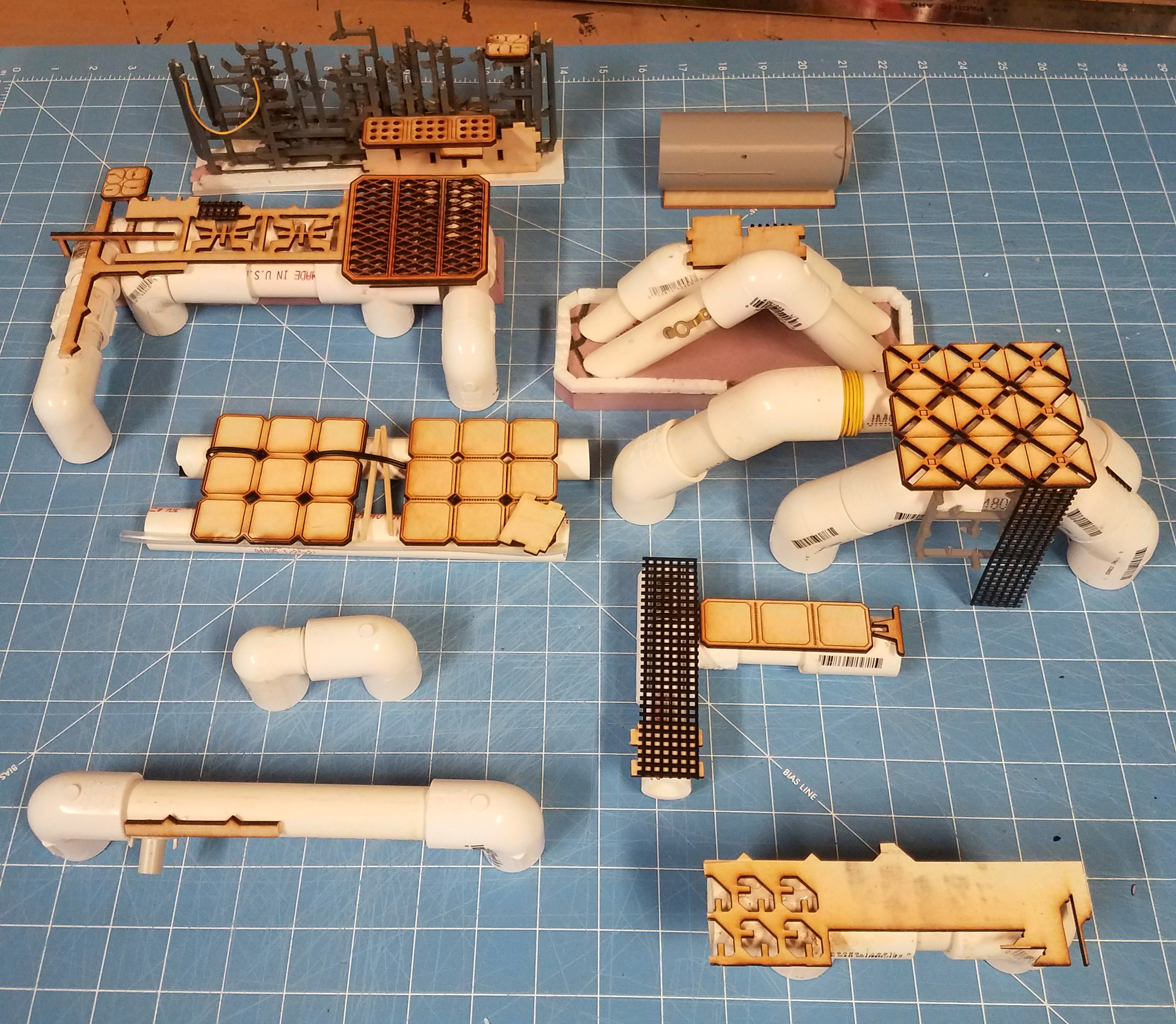 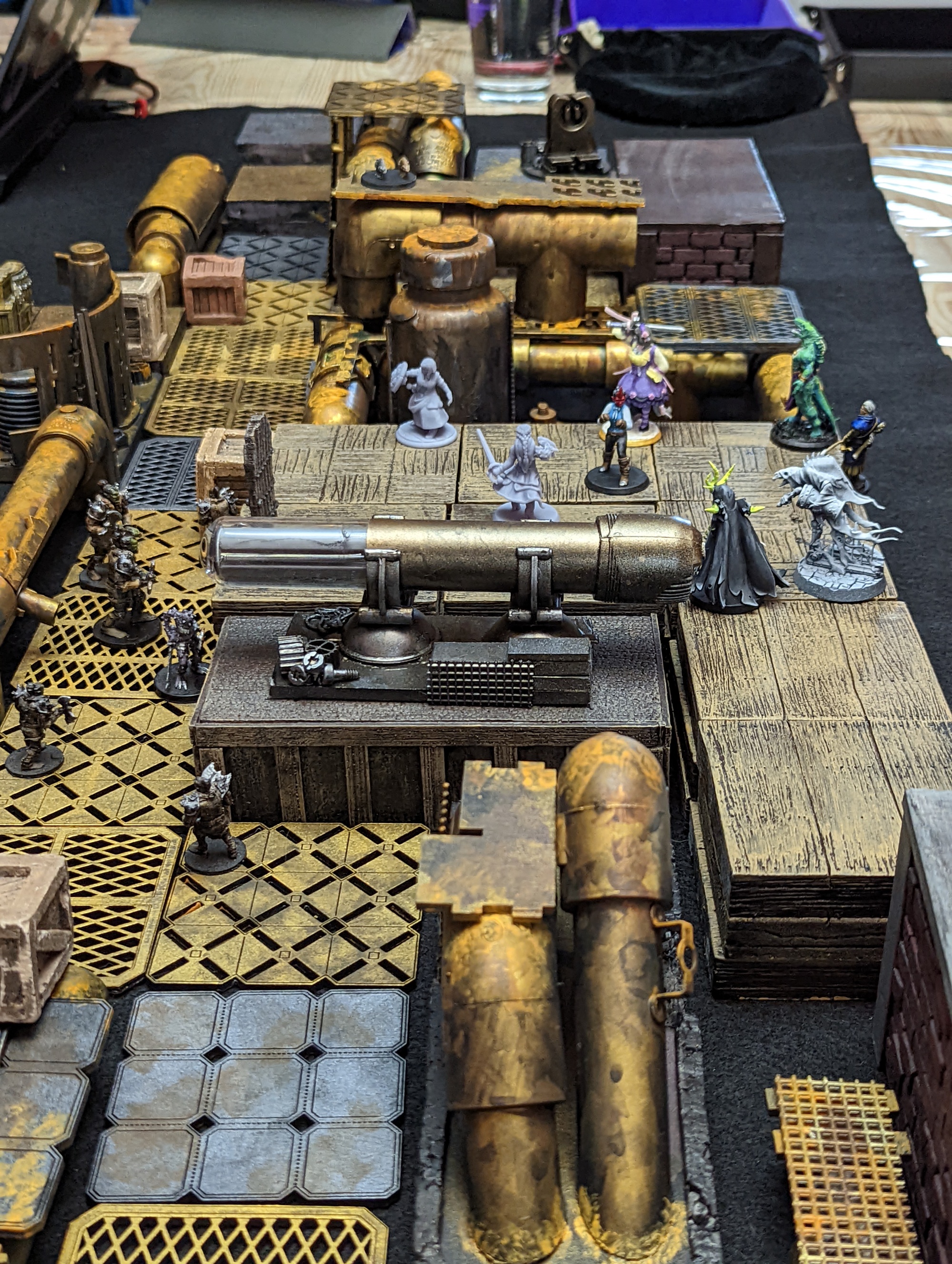 Apparently I never even did a blog post about the new D&D table that I built myself. It took a good deal of time and labor, but it was relatively inexpensive in the long run, so that’s good Bout $150 in wood and tools. Hella sturdy. 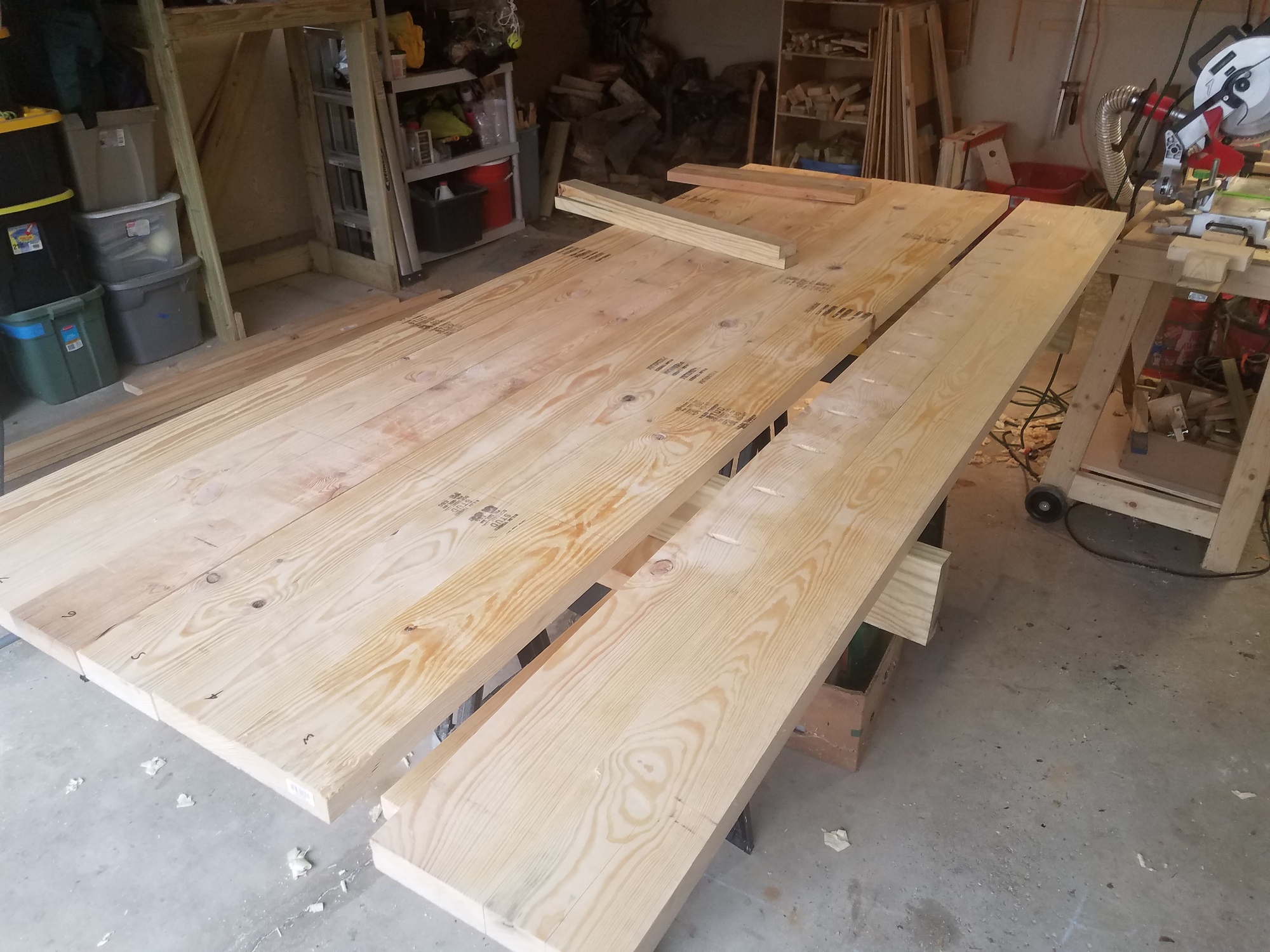 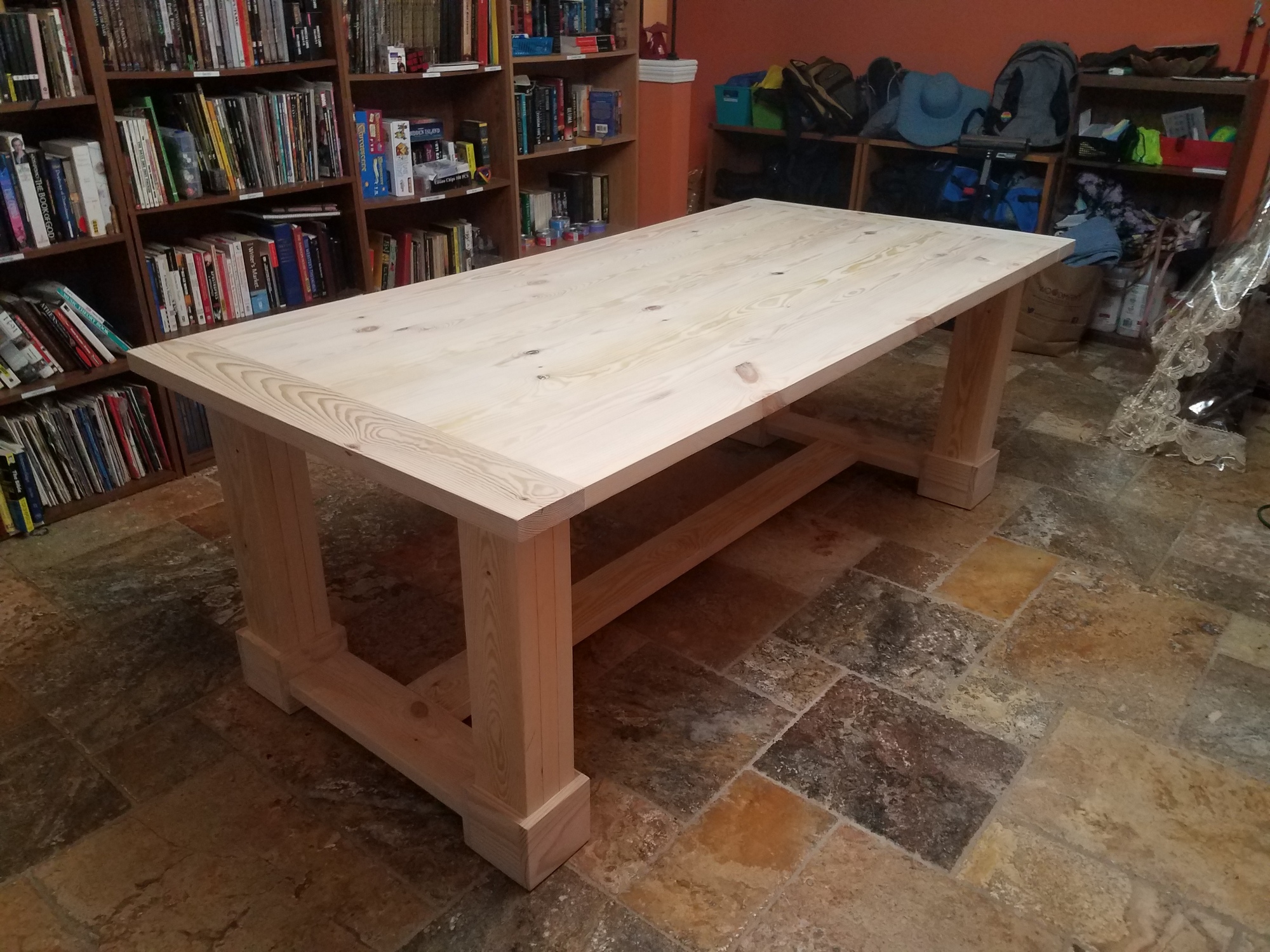 I worked really hard over many hours to try to figure out how to take good pics of my mini paint jobs and 3d prints. Some of this comes from the fact that I put a bunch of my minis on Etsy, so I needed to get good photography of them. The other part is for Instagram. I tried about 5 different professional cameras, several phone cameras, and even some webcams. I set up a little backdrop over my desk, complete with wide area LED lights. I set up a little diorama made up of ANCIENT dungeon tiles for MageKnight or something. It’s getting better. I still have a white backdrop which doesn’t work so good for the photos (the cameras want to expose so the white is gray, etc) so I’m trying to replace that.

I tried to stream some mini painting. At first, I did some prep with Liz on the new D&D table using a mic arm to position the camera, and that worked well, but I’m not at the table when I’m painting. So I built a new old PC rig and put it behind my chair and wired it up with webcams and a tiny monitor so I could watch for chat. Nothing really happened, so I sort of forgot to keep doing it. Then I took the equipment down. It’s just really hard to get good video of that kind of thing. I’d need a very specific camera for this I think. I’d have to have…

Not sure it’s worth it. If I could make it so that it’s fire and forget, then maybe, but probably not at this point.

While trying to find the right camera and figuring out how to stream, I decided the best solution to both was a new phone with a really great camera, which I got. A lot of the photos in this post were taken with it.

I helped Liz set up her own jewelry shop on Etsy, check her out here!

https://arcandio.com/post/the-expanding-woodshop/ but inverse. We got a second car (prius again yay) and that means that the garage is REALLY tight for any woodworking tools. So I’ve mostly moved all the usual suspects to the basement, where I’ve got things set up by the 3d Printers.

I’ve also been busting ass on a bunch of SGS games. Specifically 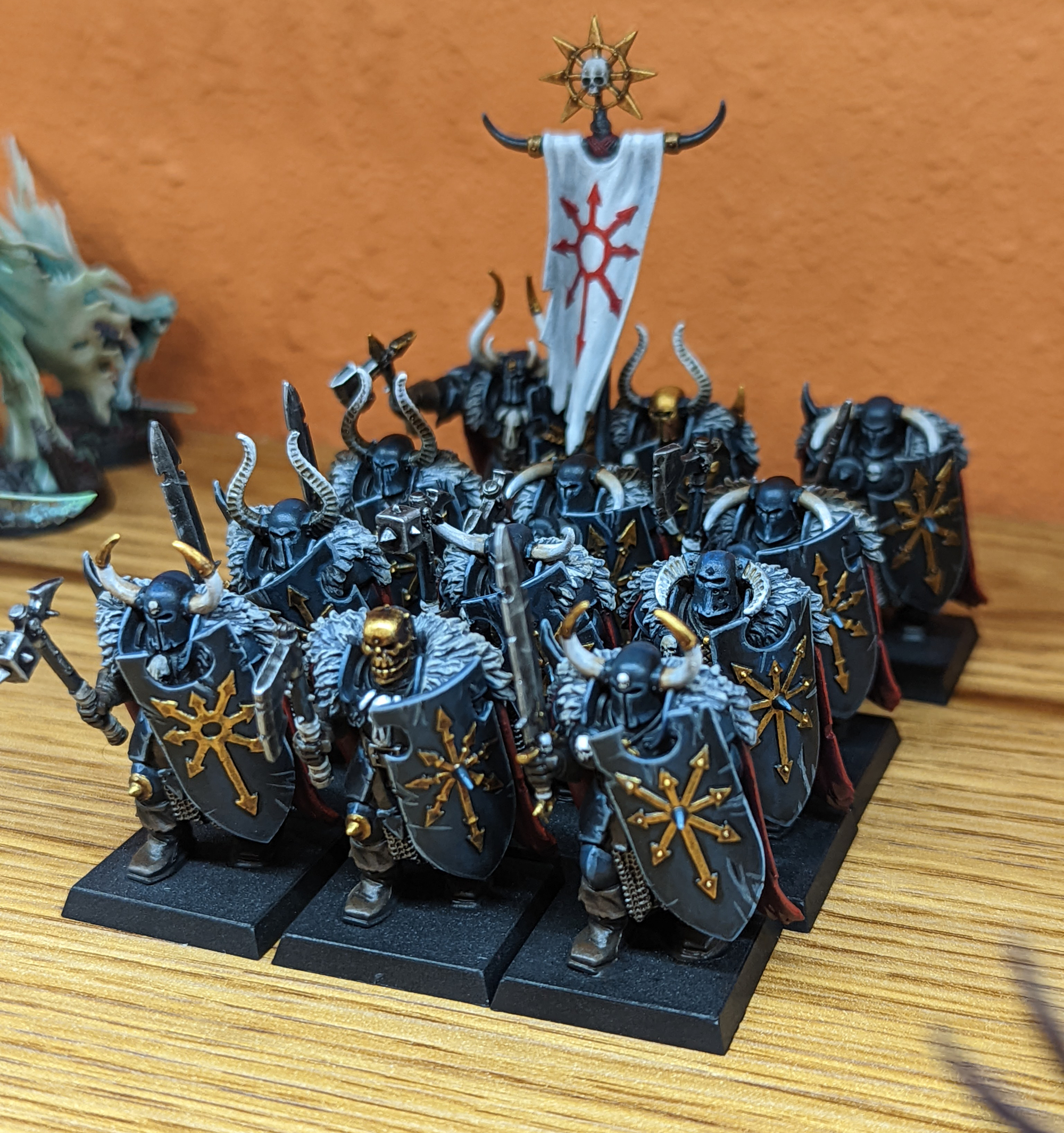 Years of Streaming Come to a Close

I’ve been streaming art for about four years now, but I think I’m going to stop.