Fate Issues: Too Much Separation between Player and Character

A continuing series on the #CommonComplaints of #FateCore

This is one that I do agree with, in some ways. Fate Core treats the PCs like characters in a story that the players are telling, rather than the avatars of players in the world of the game. 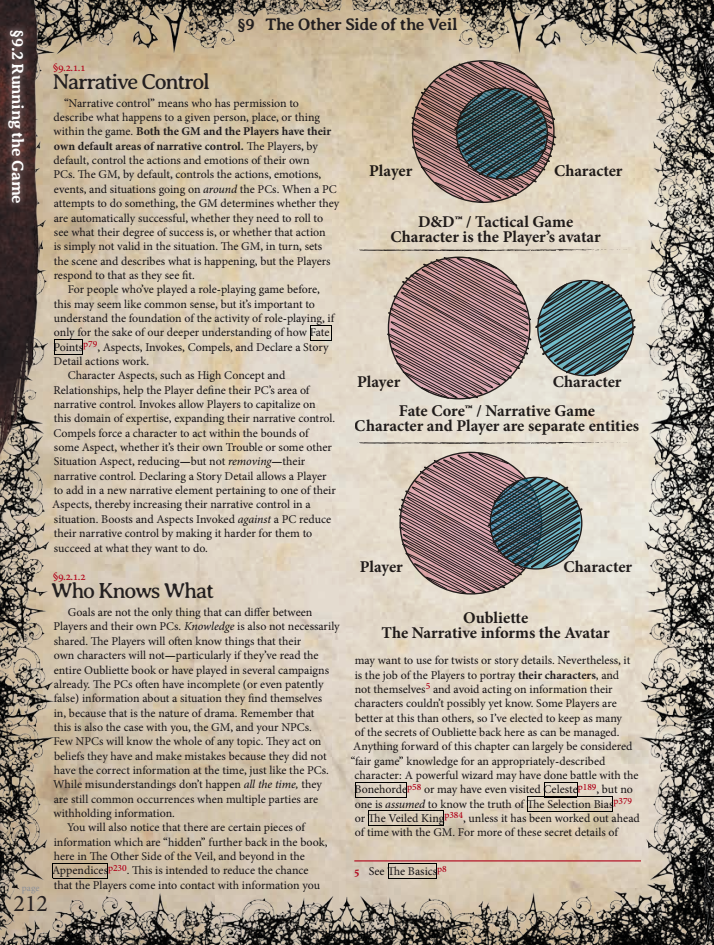 In Oubliette Second Edition, I had a whole section on handling this disconnect. In that game, I specifically and intentionally backed off from that extreme player vs character separation.

On the other hand, I do also think that it’s not difficult to role-play a character in Fate Core as written. The contention is that if you’re role-playing your character, that you’ll never knowingly do something that might hurt your own chances of success. This is patently, provably, hilariously false, not just in fiction (the death seeker is a trope among others) but also in reality (addiction, suicide, etc). Thus I’d argue that it’s actually easier to role-play flawed characters and take that offered fate point when the GM offers you a compel on your trouble, not just because that’ll make the game more interesting and dramatic (the external view) but also because you know that your character’s willpower might not be strong enough to reasonably refuse (the internal view). It hurts, but it hurts in a good way. It evokes pathos in the player for their own character.

Fate Issues Unclear Costs for Success at a Cost

A continuing series on the #CommonComplaints of #FateCore This one’s deceptively simple. When you roll a tie or fail and choose to succeed at a minor or major cost, it’s not always clear what that cost should (or even could) be.