An optional game mod for D&D 5e, in which you run exactly 1 character, but can deal with a normal party’s worth of encounter.

Some of us folks play #ttrpgs one on one, for example with our significant otters.

Pick 4 classes and build a character who has the abilities from all 4.

You’re ✨The Fucking Chosen One✨. That probably has some consequences for the way the story will be structured.

You’ll also want to figure out what chose you. There are 3 basic directions here. As with everything else here, it’ll be up to both you and the DM to figure out how best this’ll work.

Try to make sure the classes make sense for the thing that chose you. Don’t build a conquest paladin for a god of peace and nature. use ya 🧠.

will be edited as our test campaign goes

So I don’t really know what else to say about this thing yet. We haven’t run it much, and we’ll probably revise this post when we encounter more problems, but for now, I guess, like, try it?

And tell us how it went on Discord 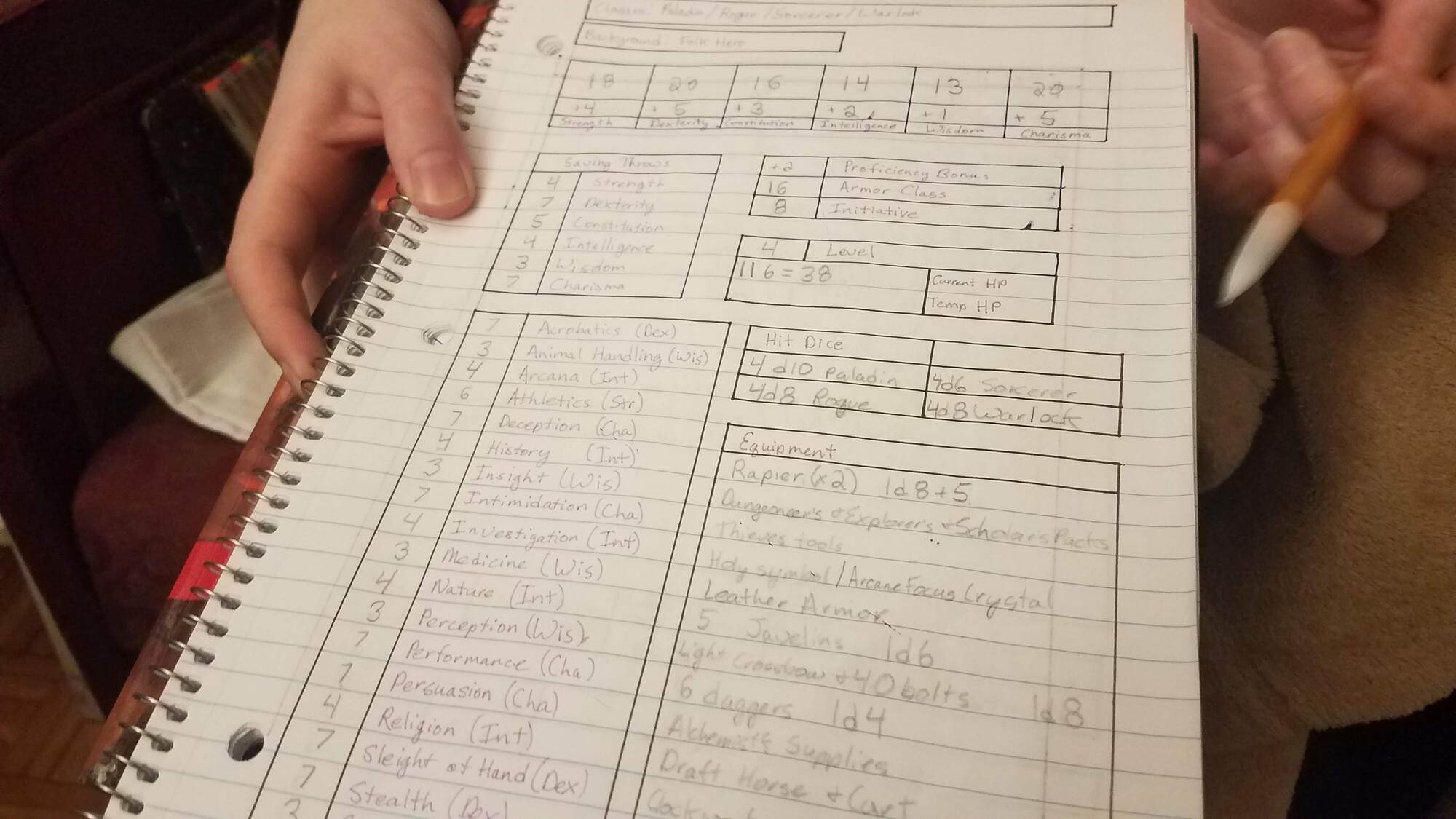 A Bit on Executing Character Concepts in 5e

I feel a bit like I’m struggling upstream when trying to create some kinds of characters in fifth edition Dungeons & Dragons.