So I ran out of commissions, which is a fairly rare occurance. (I’ve been working a solid 5 days a week for an hour and a half in the morning on stream since probably the middle of last year.)

That means I had to do the thing again where I desperately try to find something to work on for the forseeable future.

As per usual. I didn’t really have a plan until the morning of the stream where I didn’t have anything to work on, so I was forced in a moment of pure panic to put down the guitar and figure out what to draw for stream that day.

Coincidentally, Liz and I also recorded a podcast titled “Practice Sucks and I Hate It” which will be out some time at the beginning of April.

Now this is probably the third or fourth time in the last couple of years that I’ve tried to invent a new practice routine that will actually make me practice but none of them have stuck. The podcast will make more sense of that when it comes out. But suffice it to say that I loath practicing, because it focuses on the parts of drawing that I suck at, and forces me to confront my suck. And since my progress is slow, it’s a lot of slow suck that sucks.

But in a fit of desperation, I popped open my PureRef document for Chinese mobile game art, and in there was a single snapshot from League of Legends. I had a flash of “Aesthetic Yearning” (another topic of our podcast, which will be out in late March).

So I just cropped in on it and started a masters study.

A master’s study is a kind of art practice where you try to mimic the style and content of an existing piece you admire. Usually it helps to pick a piece that’s extremely high quality, so that you can learn as much as possible from copying it.

It turned out to be a good strategy for several reasons:

So let’s take a minute to look at what I did and what I think I learned.

Original artwork by Riot Games on the right (and slightly larger), my study on the left (and framed by the Clip Studio Paint preview chrome) 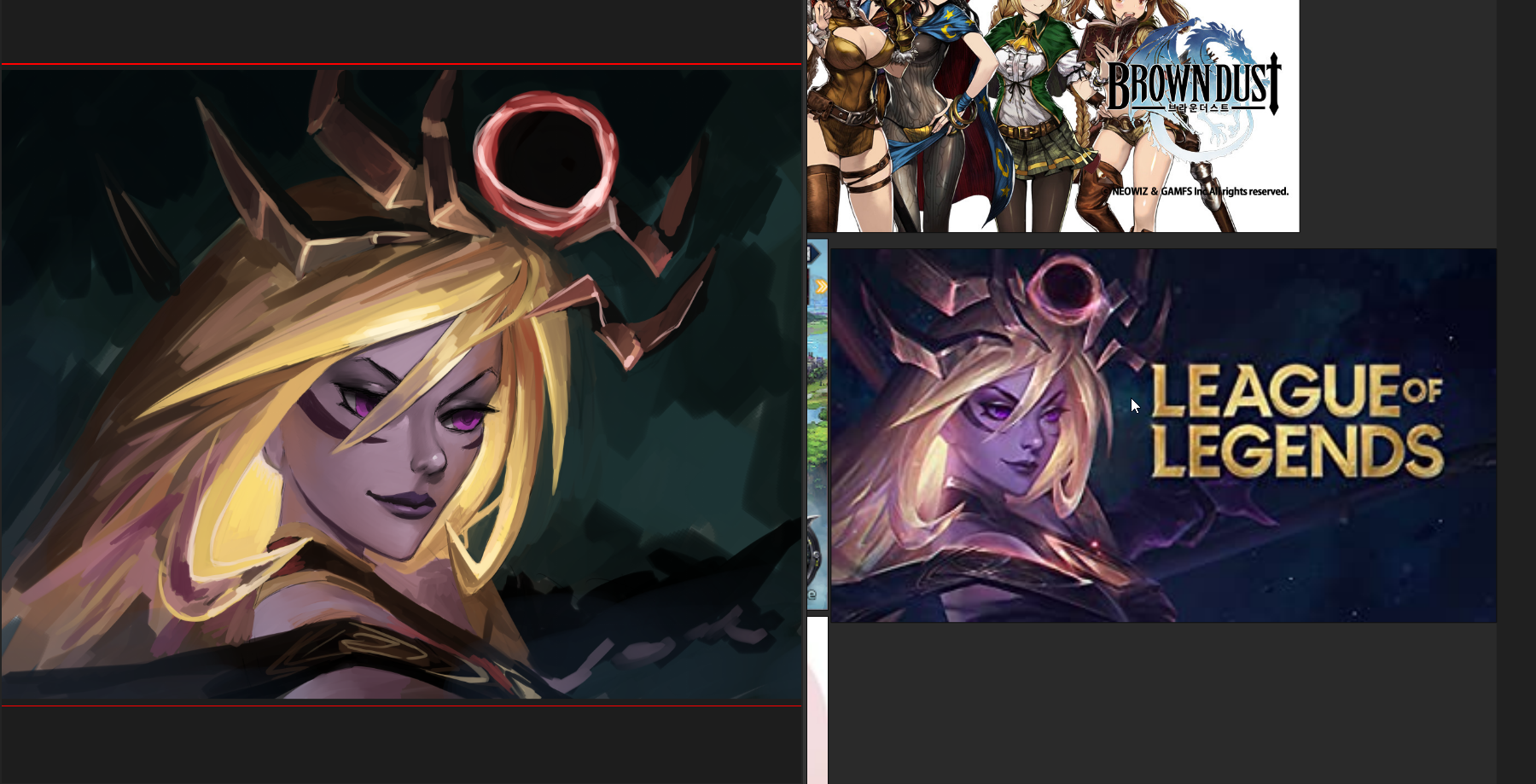 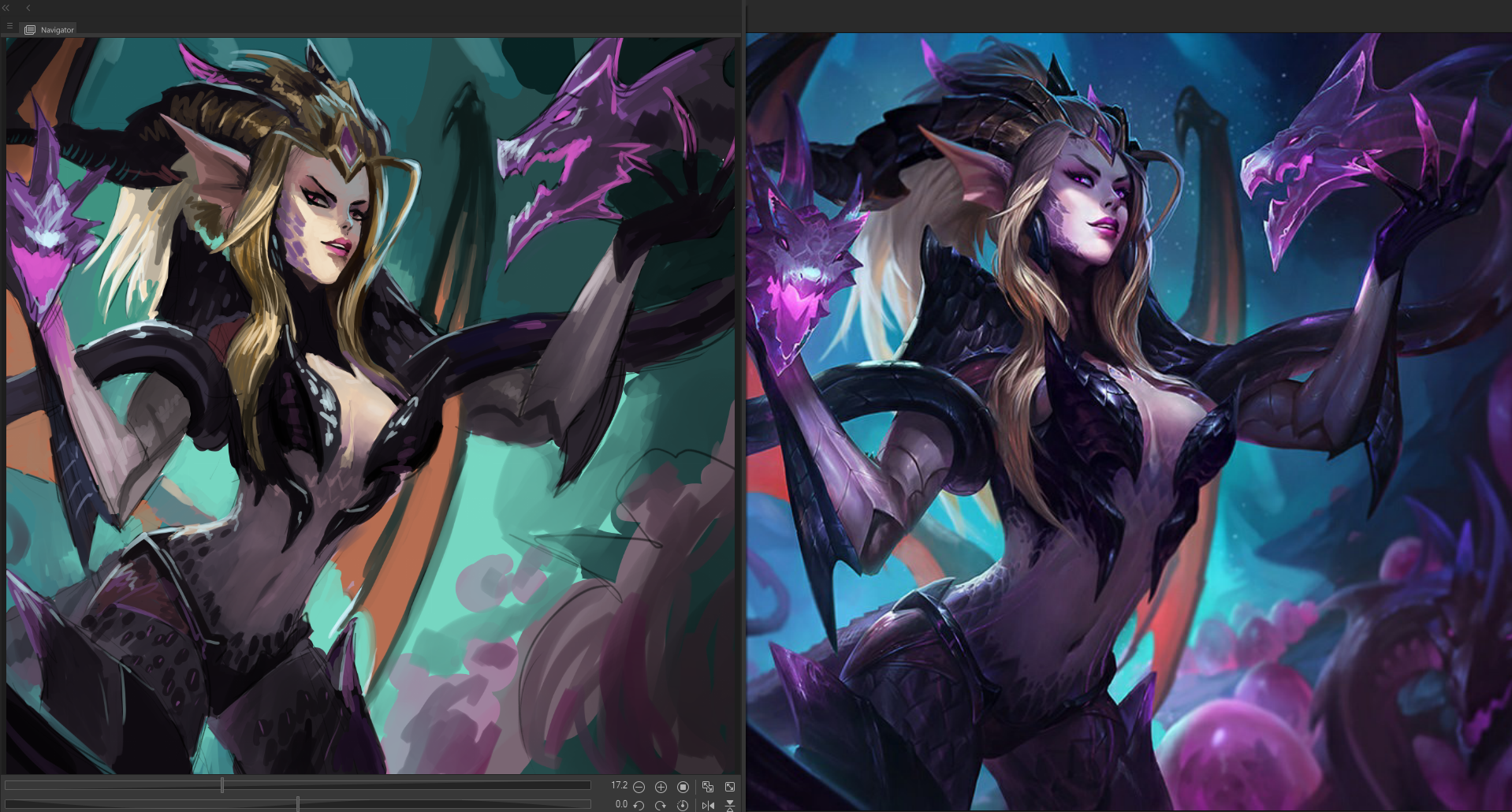 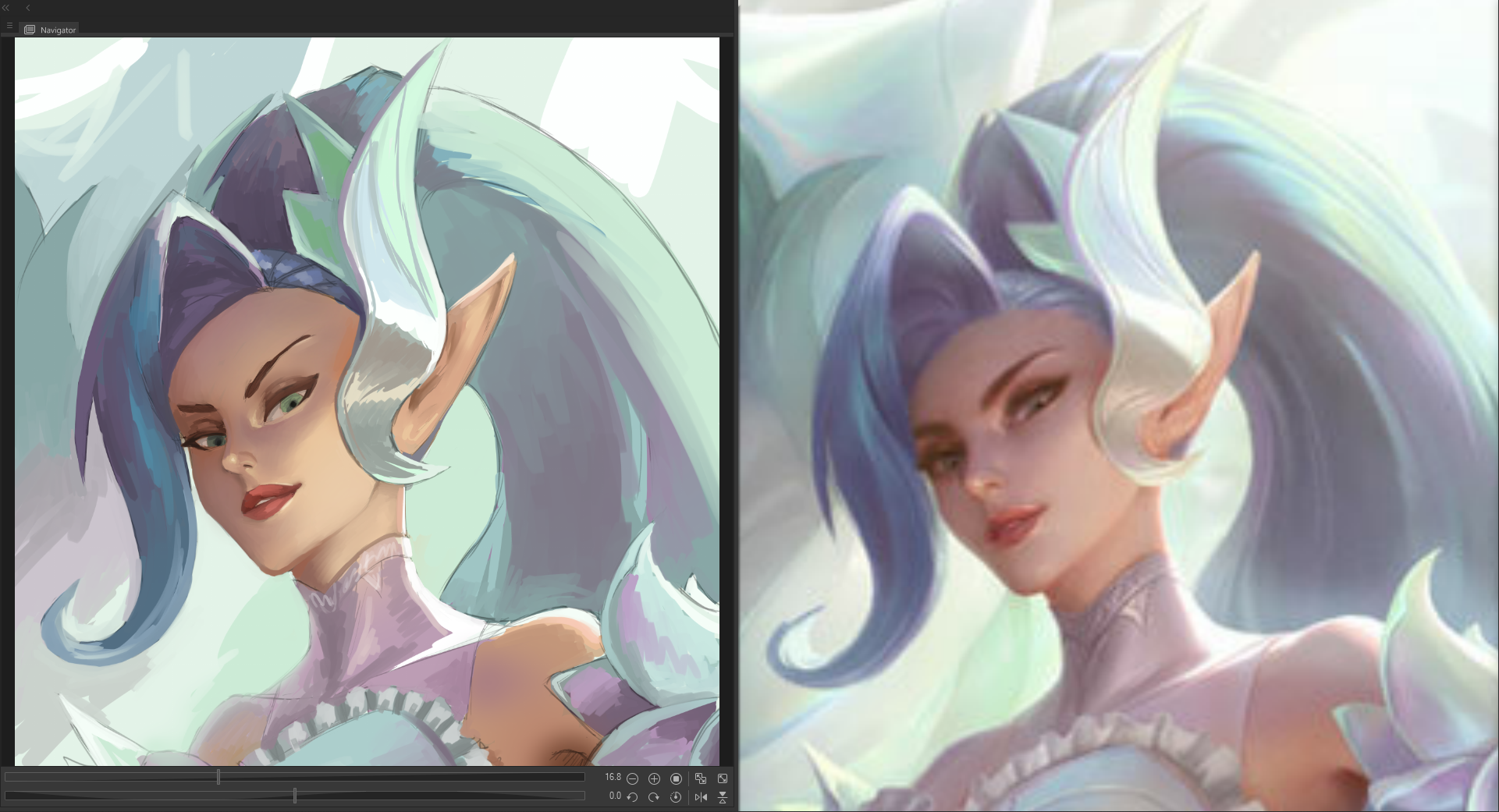 Well, I finished all my recent commissions, so today I did some art for my ongoing Oubliette Second Edition game.

Not really very happy with these pieces except the last one, but it’s been a long time since I painted landscapes let alone in the vein of concept art.